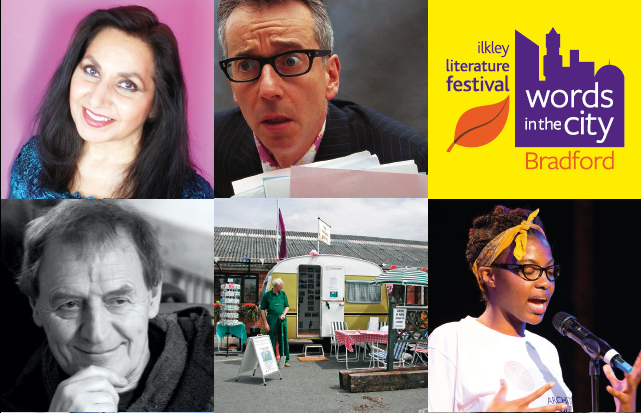 I was on tour with another project when the first Words in the City weekend took place last June in Bradford’s City Park, but I hear from those that were there that the sun shone, the mirror pool glistened, visiting poets were wowed by the sights and smells of the Curry Festival and you could have been in Barcelona and not a city in the north of England!

We have it on good authority* that the weather is nearly always good on the first weekend in June so we’re confident of more of that sunshine for the 2015 festival which sees a feast of poetry readings, masterclasses, pop up spoken word, free family activity and street theatre, alongside delicious food from around the world.

Renaissance woman Imtiaz Dharker, who has recently been shortlisted for the Ted Hughes prize, is on my Not-To-Be-Missed list. Born in Lahore, brought up in Glasgow, she’s a poet, artist and documentary film-maker, of whom Carol Ann Duffy says “Whether she writes of exile, childhood, politics or grief, her clear-eyed attention brings each subject dazzlingly into focus.” 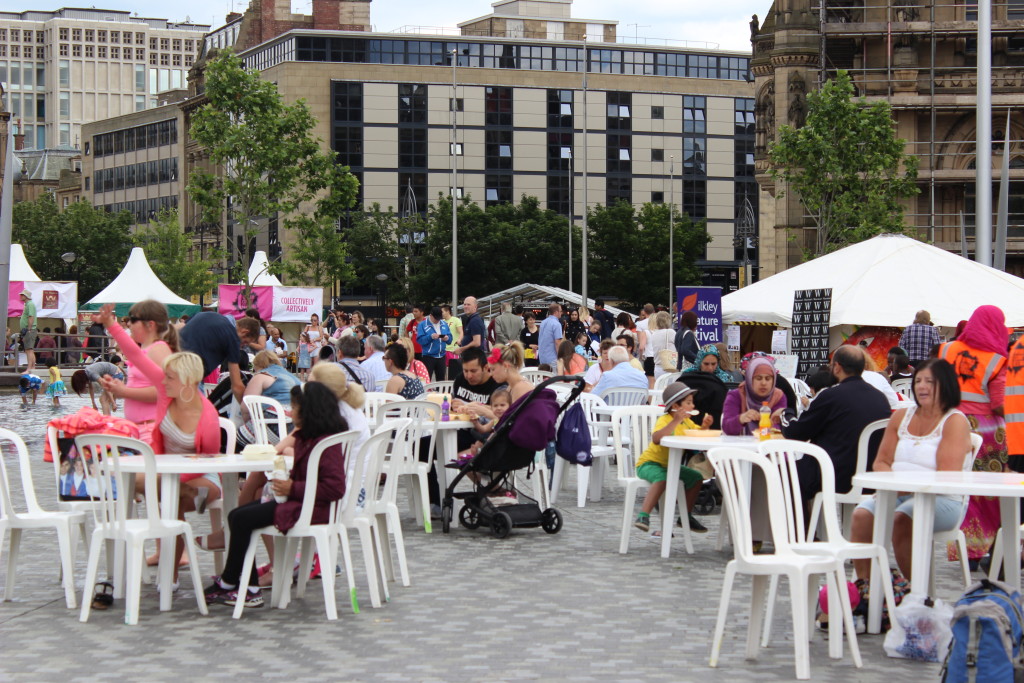 The Poetry Yurt at Words in the City 2014

If you’re interested in crafting your own poetry then we have workshops for writers of all abilities across the weekend. Ahead of a new Bradford Young Writers group we’re also running a free workshop for 12-18 year olds who love writing. No experience needed, just turn up!

Meanwhile, mingling with the World Curry Festival stalls and stages in City Park will be a host of free pop up performances including local poet Javaad Alipoor and Testament, whose forthcoming project at the West Yorkshire Playhouse sees him marry British hip hop and William Blake’s iconic poetry. Look out for our Emergency Poet who’ll be offering free poetic first aid from her vintage ambulance. The iconic mustard-yellow Caravan Gallery with its photography exhibition of everyday life will also be making its first appearance in Bradford, at the start of a residency with Impressions Gallery.

Families can head over to our Poetry Yurt for free drop in activities, from edible to magnetic poems. Joshua Seigal performs his one-man poetry show for families in Bradford City Library and Reading Matters are running a free workshop for parents/carers on reading together.

Rounding things off on Sunday evening Words in the City moves up to Bradford’s resurgent Northern Quarter on North Street and The Record Café, (one of the city’s new craft beer bars), for The Sunday Practise, where you can hear some of the West Yorkshire’s best spoken word performers and musicians.

And I haven’t even mentioned the Festival Fringe, the Mushaira or the Poetry Slam! (I’ll save that for another post).

(*If your child’s birthday is on this weekend, you always host an outdoor party. Apparently.)

Tickets for Words in the City are availble online now at www.ilkleyliteraturefestival.org.uk